Skip to title Skip to main content
We gather anonymised analytics data on website usage unless you opt-out.
Ok Disable 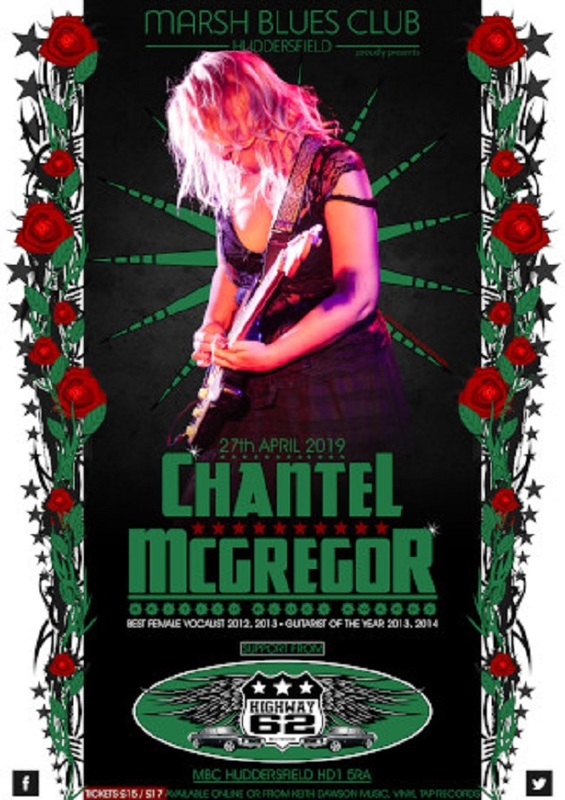 Collection for The Welcome Centre
Skip to main content

Chantel will be supported by Highway 62 on stage at 8pm and Chantel at 9.45pm.

Tickets available HERE or from Keith Dawson Music in Marsh.

The Blues came calling first, but rock was always waiting around the corner. Well it would be, wouldn’t it? Coming from the deep south, it was inevitable, but living in the deep south of a major Yorkshire City, there’s a gritty hard edge to life!

A female guitar prodigy, Chantel was told by a major label that she had a "great voice, but girls don't play guitar like that!" Wisely ignoring their comments, she enrolled at the Leeds College of Music and became the first student in the college’s history, to achieve a 100% pass mark at BTEC, with 18 distinctions. Chantel then pursued further education and left with a First Class Honours degree in Popular Music and a coveted prize, the college’s musician of the year award.

Chantel released her highly anticipated new album, Lose Control, in October 2015 on her independent boutique label Tis Rock Music, this being the follow up to her critically acclaimed 2011 debut album, Like No Other.

After years of touring and festival appearances, Chantel returned with a vengeance with ten new songs that not only salutes contemporary rock, but shows her gradual transition from conventional Blues to a harder, bigger and bolder rock sound with progressive influences.

The single, Take The Power, from her latest album, was play listed for 5 weeks on Planet Rock radio.

Chantel is currently writing for her third album, debuting some of the new tracks on her 2017 tour which is currently taking place throughout the UK and Europe.

The Welcome Centre (Huddersfield) is registered in England and Wales under charity number 1151282 and company number 8428517. We are based at 15 Lord Street, Huddersfield HD1 1QB. We use cookies to improve your experience using this website.
Log in | Powered by White Fuse